Lisburn preschools Jolly Pirates and Tonagh Nursery have been working together as part of the Sharing From The Start programme. The two partnered together as part of the Shared Education initiative which aims to bring about positive attitudinal and behavioral change amongst children, parents, staff and the wider community. Earlier this year they took part in a number of shared sessions. 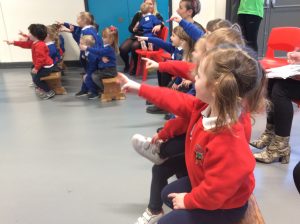 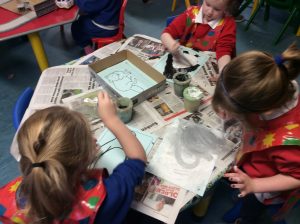 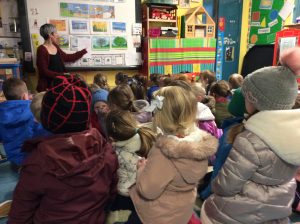 Jolly Pirates and Tonagh Nursery’s children took part in action songs and rhymes, listened to stories from their local librarian, shared snacks together, played together and came together at the end of the session to discuss their day and say good bye. The more they progressed through shared sessions, the more interactive the children became with each other. 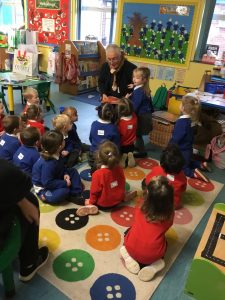 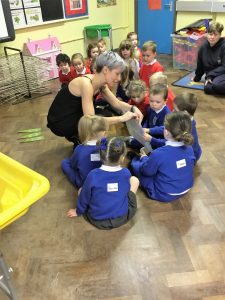 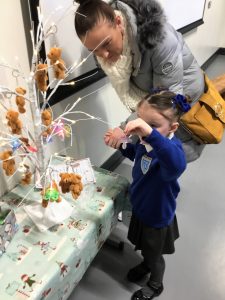 They were pleased with the parent turn out at our December event where they held a joint Christmas party. The children enjoyed an interactive performance from Aldo the Magician and had a party snack together. The parents then joined in for a story and play, Christmas sing along and dummy tree, where the children had the opportunity to give up their dummies by hanging them on the dummy tree for Santa’s baby reindeer.

When the children discussed going to visit their partner nursery again they would be excited and ask how many days? A lot of children and parents looked at the photos of the sessions on display in each classroom.  They used a book called ‘The Smeds and The Smoos’ to extend the links within their settings, as the characters are blue and red, like their jumpers. The children really enjoyed the story and the links that it had to the blue and red jumpers.  They also dressed puppets in jumpers from each other’s settings for circle time discussions. 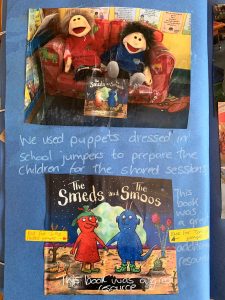 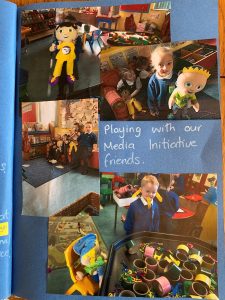 The leaders of Jolly Pirates and Tonagh commented that has been a great opportunity to get to develop friendships and work alongside other preschool settings sharing good practice.

‘_______ enjoyed this so much as she made a lot of new friends. Which I think is the important part of it’

‘_______loves getting to play together with Jolly Pirates’

Their  educational outcomes were- 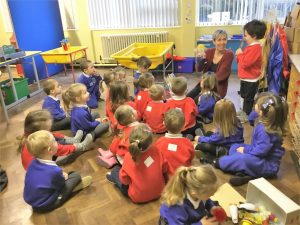